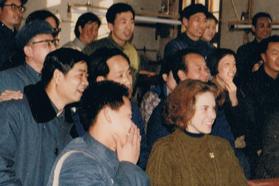 She wrote the academic book on which author, Ken Auletta, based his widely-acclaimed popularization, The Underclass. His book showcased the lives of the dozens of welfare mothers across the country who were interviewed by Ms. Ritter in one of the most extensive controlled social experiments in U.S history. Researching her book for the Manpower Demonstration Research Corporation (MDRC), Ms. Ritter spent five years in dialogue with women entrenched in the welfare system, who were offered jobs as well as an elaborate support system.

In After Supported Work, she and a sociologist delineated the factors that led to sustained employment for many of these women, something that extensive numerical data was unable to do. The book, used by Congress to inform welfare legislation, remains an active resource for labor planners today.

In 1979, Ms. Ritter was one of the first outsiders to enter China following the Cultural Revolution. For a decade, all schools and universities had been shuttered. At Beijing Normal University, she taught American drama and poetry to former peasants, workers, and soldiers in their monumental reassignment to become professors of university English.

One of her most memorable Chinese ventures was consulting on the production of Guess Who’s Coming to Dinner at the Beijing People’s Theater. “I saw how easily stereotypes can attach to unfamiliar cultures, and how easily they can vanish with personal contact and a few laughs,” she observed. 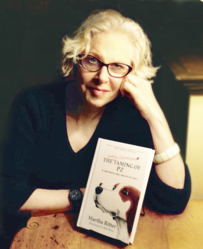 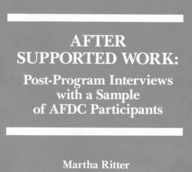 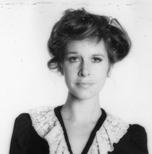 "Ritter is at her best when grappling with her main characters'  internal lives, outlining in an accessible, realistically paced way how the psychology of grief and trauma can give way to hope and love."  Kirkus Reviews

At the Ford Foundation, as an assistant program officer in the Government and Law division, Ms. Ritter helped develop and write grants for projects in civil rights and related public interest law. At New York City’s Vera Institute of Justice, established “to tackle the most pressing injustices of our day,” she wrote accounts of their innovative pilot projects in criminal justice, several of which spurred national legislation, such as Congress’s landmark Bail Reform Act.

Raised by two civil rights pioneers, Ms. Ritter’s zeal for social change started early.  When she was 12, she authored a tome about the socio-political tightrope in Indonesia. At President Kennedy’s request, she reluctantly presented her book to Indonesia’s President Sukarno in a rattled Washington, DC, days after the failed Bay of Pigs invasion. This nearly caused an international incident of her own.  At 19, she wrote a  trench-eye account of the Russian invasion of Czechoslovakia as she crossed from the mountains of Slovakia to the streets of Prague while the tanks rolled in. 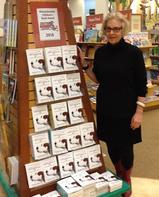 In a broad-ranging career, Martha Ritter has focused on both the health of our society and the well-being of the individuals within it. As a writer, she has helped shape public policy. As an author and actor, she rouses, entertains and educates. As a gifted diagnostician, she practices Chinese Medicine.​

Martha Ritter’s persuasive writing was put to advantage by the Natural Resources Defense Council, for whom she wrote the main Congressional lobbying document for the Alaska Lands Bill, then the most extensive conservation legislation ever considered.

Martha Ritter’s hybrid writing was launched in the classic, old newsroom of The Hartford Times and in the workshop of poet Robert Lowell.  As a result, her writing career ranges from journalistic projects, speeches, press releases, and lobbying treatises to poetry, essays, and novels. She was the first female undergraduate admitted to Harvard's Signet Society, the university's select gathering of writers and artists. 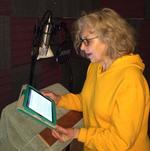 Ms. Ritter is the author of the 2015 middle grade novel, The Nearly Calamitous Taming of PZ, inspired by an actual laboratory dog who entered civilization. The humorous adventure book for readers of all ages explores the fear of connection, and ultimately, the courage to trust and love in a world of second chances. The story of a terrified foxhound and a diva ladybug was a finalist for the Massachusetts Children’s Book Award. ​

“We define our humanity by the spontaneity and ingenuity with which we integrate our opposites as we fly high in the creative process of living. By that definition, Martha is supremely human.”—

Ms. Ritter spent a decade as the Director of Public Affairs for the New York City Planning Commission and Planning Department during the building craze of the 1980s and 1990s. Working with the city’s planners and demographers, its 59 community districts, and government decision-makers, she oversaw the press and wrote mayoral speeches centered on New York City’s varied and colorful development issues.

She served as the campaign manager for New York City’s most sweeping infrastructure proposal in a generation, a 22-mile fast train from Manhattan to LaGuardia and JFK airports. As the Director of Outreach for the Port Authority of New York and New Jersey’s sprawling Airport Access Program, her job was to inspire dialogue and consensus among residents, agencies, local officials, Congress, airlines, taxi drivers, environmentalists, and travelers.

​A professional actor in theater and television in New York City, Ms. Ritter was a student of the fabled acting teacher, Uta Hagen. Her monologue, The International Incident, about her childhood experience with President Sukarno, was featured by the Mark Twain House in its storytelling series, The Mouth-Off.  Ms. Ritter is a member of SAG-AFTRA and Actors’ Equity.

​In the early 1980's, when walking home from an audition in New York City, Ms. Ritter was hit on the head by a piece of plummeting masonry. During a long recuperation, she developed a passionate interest in Chinese Medicine. After many years of study, she earned Diplomate status in Chinese Medicine and began a professional practice in 1998.

​Ms. Ritter received a B.A. in English from Harvard. 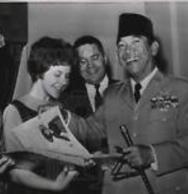